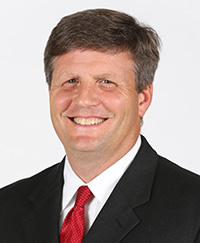 Before leaving the U.S. Coast Guard to practice patent law, in Mr. Schachner’s final tour, he served as the Chief of the Operational Law section in the Office of Maritime and International Law at the USCG Headquarters in Washington, D.C.  He served as lead counsel for U.S. Coast Guard operational programs including homeland security, defense operations, law enforcement, counter-drug and migrant interdiction.  He was extensively involved in U.S. Coast Guard deployments to support the war in Iraq, as well as U.S. Coast Guard homeland security operational plans and orders.  Mr. Schachner also served on the U.S. delegations to the International Maritime Organization’s Legal Committee and the United Nations Commission on Narcotic Drugs.

Before joining Rossi, Kimms & McDowell LLP as a Partner, Mr. Schachner worked as Director of Patent Prosecution at a mid-sized firm in northern Virginia, where he was responsible for all facets of the firm’s patent prosecution work.  Mr. Schachner also has experience in litigation including representing clients in licensing negotiations and drafting non-infringement and invalidity opinions.

Mr. Schachner is currently a member in good standing of the Massachusetts Bar (1997) and the Virginia Bar (2004), and is registered to practice before the United States Patent & Trademark Office as a Registered Patent Attorney.