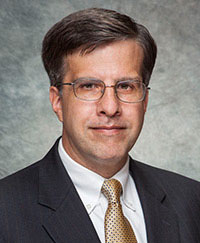 Mr. Dobrow received a Bachelor of Science degree in Electrical Engineering from the New Jersey Institute of Technology, where he was a member of Tau Beta Pi, the National Engineering Honor Society. He then earned a Juris Doctor from Seton Hall University School of Law.

Mr. Dobrow is admitted to practice in New Jersey (2002) and New York (2002), and is registered to practice before the United States Patent and Trademark Office.