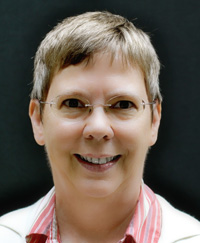 Ms. McDowell was employed with IBM Corporation from 1981 to 1987. She initially worked as a semiconductor manufacturing process engineer in a research department that developed new photolithography and etching processes for implementation in a manufacturing environment. While working as an engineer, Ms. McDowell presented a paper at the Kodak Microelectronics Seminar in San Diego, CA on reactive ion etching of chromium photomasks. Ms. McDowell subsequently was selected by corporate management for IBM’s corporate patent attorney training program, and worked in the IBM Patent Department as a registered patent agent while attending law school at George Washington University in Washington, D.C.

After leaving IBM, Ms. McDowell held associate and of counsel positions in the Intellectual Property Law Group of the firm of Foley & Lardner for sixteen years, where she participated in the training of junior associates and developed extensive knowledge in handling administrative matters before the United States Patent & Trademark Office. Ms. McDowell also served of counsel to the firm of Rossi & Associates for several years prior to becoming a founding partner of the firm of Rossi, Kimms & McDowell LLP.

Ms. McDowell has extensive experience in all phases of intellectual property law practice, including patent preparation and prosecution, licensing and development agreements, infringement and validity analysis, and due diligence practice. She also is experienced in international patent procurement practice, including drafting, prosecuting, and managing patent applications filed outside the U.S.