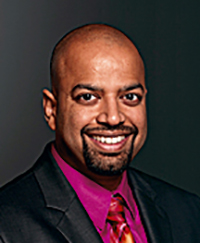 Before starting his career in Patent Law, Dr. Singhal worked in the Kodak Research Labs as Principal Research Scientist for over twelve years and has authored over thirty conference papers and journal articles. He has presented numerous talks on his research at international forums in North America, Europe, and Asia. Dr. Singhal also held a position as Adjunct Professor of Computer Science at the University of Rochester. Dr. Singhal is a holder of seventeen U.S. patents.

Dr. Singhal provides pro bono services through the Volunteer Legal Services Project of Monroe County in New York, which provides free legal help to low-income residents who are facing non-criminal legal problems. He is also an active member of the Rochester Intellectual Property Law Association in Rochester, NY, having previously served on the Board from 2015-2019.

Dr. Singhal is admitted to practice in New Jersey (2020), and is registered to practice before the United States Patent and Trademark Office.